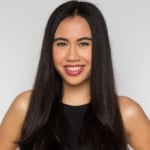 With so much content on the internet, it’s become increasingly challenging for companies to hold your attention. This paved the way for the rise of attention-grabbing short clips. This is evident with the rise (and fall) of Vine, followed by Snapchat, TikTok, Instagram stories, and Instagram reels, which, let’s be honest, are mainly just TikToks added to Instagram.

One company that was fast to hop on this attention-grabbing trend is Netflix. On March 3rd, 2021 Netflix released “Fast Laughs” which is a feature for mobile devices where users can view a catalog of short and funny clips from shows on Netflix.

When I first heard about this, I was a little confused about how Netflix would execute this new feature, but I have to admit I was pleasantly surprised.

When you first enter the mobile app, there’s a section for “Fast Laughs” in the middle of the screen. I thought this was really smart of Netflix to highlight the new feature right in the center of the screen to grab a user’s attention. Once you’re in the Fast Laughs section of the app, you can scroll down through short clips, similar to the user experience on TikTok. Additionally, the clips will skip to the next one automatically once the one you’re watching is done playing. I thought it was smart for them to adopt this way of showing clips since users are already familiar with the TikTok experience.

Another aspect that reminded me of TikTok was having a section of actions on the right side of the screen. The icons of the side include the “LOL” button where you can show if you like a clip, followed by “My List”, “Share” and “Play”. I think this is an incredibly smart way for Netflix to introduce new shows to users who may not have given a show a chance. Having a short clip gives users a taste of the kind of humor in a show and gives them the opportunity to add it to their list or play it right away. This is the ultimate way for Netflix to have users watch something they may not have selected on their own which in turn means that they’ll spend more time on Netflix with the newly discovered show or movie they found through Fast Laughs.

After scrolling through Fast Laughs, I added a lot of new shows to my list that I had never seen while scrolling through Netflix’s categories. Something interesting about Netflix is that not everyone sees the same show recommendations. I use my roommate’s Netflix account on our TV and my own account on my laptop. I’ll often see show recommendations on the TV that I would never see while browsing on my laptop. With Fast Laughs, it allows Netflix to show you all the content you may not have been able to see in a low-risk way since you’re only seeing a clip for a few seconds.

The final icon is the share button. This is pretty self-explanatory and allows users to share a clip through iMessage, Instagram stories, Messenger, Snapchat, Twitter, or through a link. Another cool feature is that if you screenshot a clip in Fast Laughs, the sharing menu pops up automatically, prompting you to share the clip you just took a screenshot of.

I was a bit curious why they didn’t include an option to share on TikTok. TikTok is the ultimate platform for fast and funny clips. A recommendation I have for Netflix is to offer the ability for users to upload the Fast Laughs clip to TikTok and encourage users to create their own TikToks with the Fast Laughs video. This would be a great way for them to increase the visibility of the new feature and promote their shows.

Along with Fast Laughs introducing users to new content, it also provides an incentive to download the Netflix app if they haven’t already. Personally, I only watch Netflix on my TV or laptop since a phone screen is too small, but this addition gave me a reason to add Netflix onto another device and spend more time on the app. It also opens Netflix up to the ever-growing meme culture.

I’m a huge fan of the Fast Laughs addition and think this is an incredibly smart feature that sets Netflix apart from other streaming platforms. While this feature is currently only available on iPhones in select countries, they’ll be working on testing on Android soon so everyone can be in on the fun. I’ve always loved Netflix’s user experience and this feature makes me excited to see what feature they come up with next.

__
For more information about Taplytics and how we help companies optimize their apps and websites, feel free to reach out – we’d love to chat!